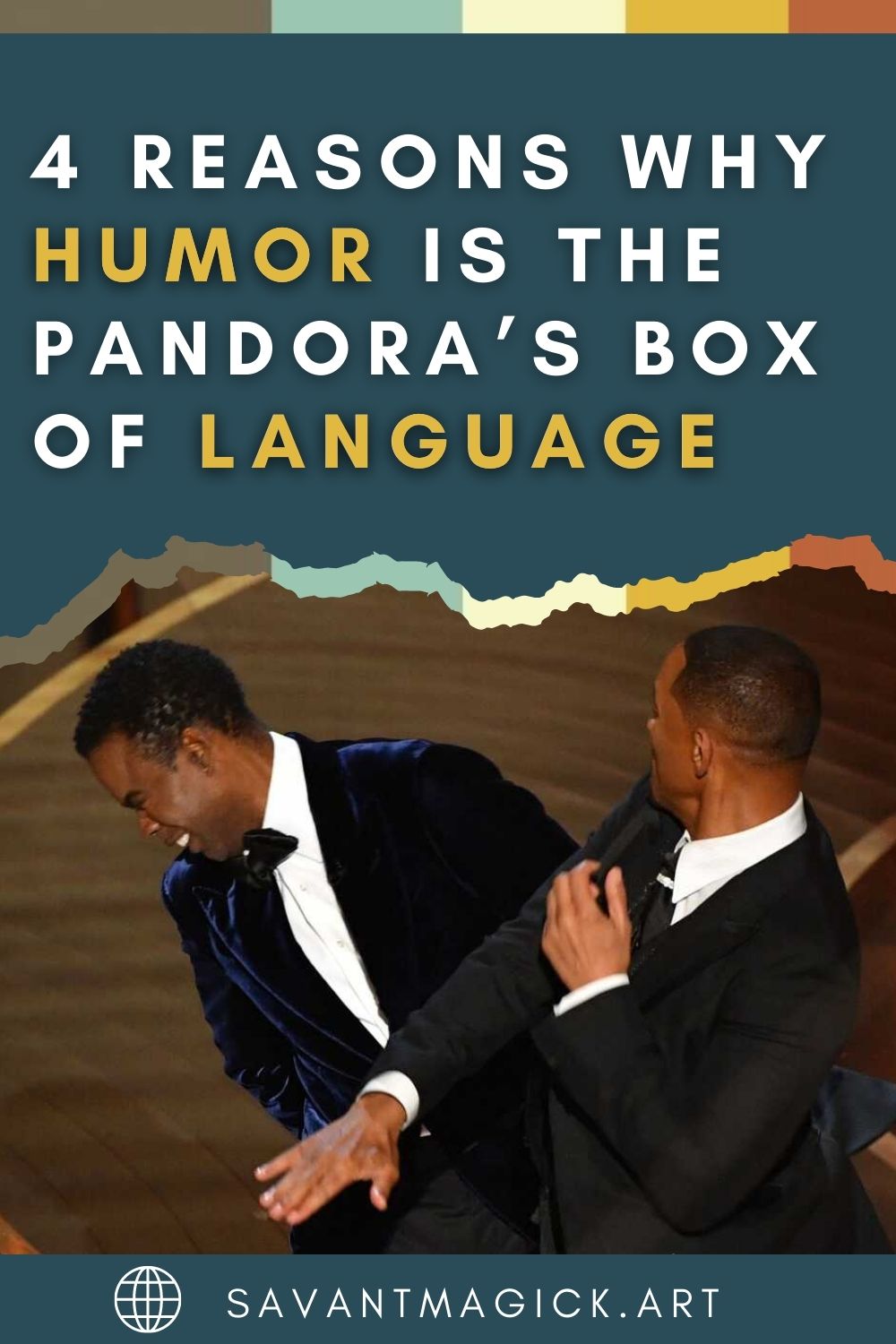 I hate any movie with Adam Sandler in it. Uncut Gems is the exception because I’m guilty of being a film snob. But please spare me his other films Water Boy, Just Go With It, Bedtimes Stories, Click, Grown-ups 1 and 2. The reason I don’t like movies with Adam Sandler in them is not that I dont have a sense of humor. I don’t have that sense of humor. To laugh at something, you have to understand it first. None of the other devices that come with language are quite compare with humor when used to accomplish the same things. Everything people say is heavily policed by academia and the PC police of social media. Humor is one of the last instruments of language that people are allowed to use as we enter into sticky topics that need to be discussed. The person telling the joke only has to meet one standard and make you laugh.

1.) Use of Comedy as a Threshold to Uncomfortable Topics

Comedy is the tool people use when it is time to have a conversation that can put people at odds with each other and make them uncomfortable.

It would be uncomfortable for the audience to hear me say without humor that the grief of losing my mom is also making me less open to taking creative risks. Plainly saying something is not as effective when you want the audience to engage with you because if they want to understand my point of view, it forces them to feel my discomfort first. But by joking about it invites the other person in without any cost to them, they gain the joy of laughter.

In Bo Burbumans Inside standup special, he uses humor and original songs as a way to emotionally process his more uncomfortable feelings during the pandemic. He’s self-reflecting in that time, making observations about norms we see online, and processing his existential dread all through a comedy. But if you take his socko joke, for instance, the sock is a metaphor for oppressed groups that he silences and makes a point of patting himself on the back for being a “Changed white man” who recognizes his privilege now. He is not only criticizing himself in the song but also illustrating that even woke white men use their privilege to abuse others while being aware of the consequences. Goat shit.

2.) Use of Comedy for Education

The famous statistic that “54% of adults in the United States have a prose literacy below the 6th-grade level and 21% of Americans fall into a category called, ‘low-level English literacy'”. A huge portion of the American population is not less intelligent but less literate. This gap places a huge burden on regular people with too many adult responsibilities to make informed decisions on recent civil injustices without reliable access to trustworthy information. Once again, humor comes rushing out with its cape on.

Stand-up comedians like Trevor Noah, John Oliver, Samantha Bee, and Hasan Minhaj have popularized combining their standup experience with reporting on topics that everyday people would otherwise be left in the dark on if they relied on cable news outlets, dying print media. Humor is the important link because if you laugh at something, you, at a minimum, understand it, and while John Oliver is talking about the layered and complicated issue of “Wrongful Convictions.” Most people may assume a conversation about something like that would be out of their depth. But by using humor, you bring everyone into the fold of political issues, social hierarchies, and a good laugh. Humor has been carrying the burden of informing the masses for a while when we look back at exaggerated political cartoons of the past.

3.) Use of Humor as a way to Mock Others

People regularly argue what I argue that humor is the final outlet for truth when everything is censored. But my idea of truth excludes bigotry and hateful ideologies. Humor, as we all remember too well from grade school, is used to tease others. More recently, memes online are used to cancel people on social media. Canceling is when the entire internet erupts into the hateful commentary of a single celebrity. They attack everything from their looks, actions, style choices, and inexcusable behavior.

I could talk about the low-hanging fruit like comedians who are racist, bigots, xenophobic, homophobic, transphobic, and so forth, but that’s not related because it’s not a comedy. It’s not funny.

Instead, Zoe Kravitz was a somewhat obscure figure in Hollywood, mostly known for being the daughter of Lisa Bonet and Lenny Kravitz. But since her casting as the Catwoman in the 2022 film Batman, she has been widely praised for her looks. Then she threw shade at Will Smith, and the internet very quickly switched on her and brought up her inappropriate crush on a 14-year-old Jaden Smith( the son of Will Smith). Zoe Kravitz’s rise and fall happened in three hours. But the most interesting thing about this is that humor was side by side with the attempted takedown of the actress.

The internet responded by dragging Zoe Kravitz for having a crush on an underaged Jaden Smith.

The internet’s habit of aggressive praise followed by aggressive bullying under the guise of humor makes it impossible to have a fair criticism of someone. Which should more often be:  Yes, what they did was wrong. But does that mean that the entire body of work they created needs to be locked away?… no not exactly. However, the individuals who have compilation after compilation coming out of them using a racial slur and few professional consequences for their inappropriate actions.  Maybe holding their feet to the fire a little longer would be fair.

4.) Humor as an Extension of Charm and Likability

Humor is an important factor in dating (and we already know dating can be hard from this post). According to a research study by the University of Kansas, “Men use humor to gauge if women are interested in them.” Laughing with someone is a good indicator of the type of interaction you can expect in the future, a fun one.

Humor is an extension of charm and likability. Humor increases the attractiveness of the individual because they are more fun to be around and less serious. Think about the popularity of the class clown. Everyone wants them to sit at their table because they liven up the mood. Humor gives presidents like Barack Obama and Donald Trump unmistakable styles of charisma as politicians even though they have opposing styles of humor and politics. Obama is the king of the fake-out and deadpan humor, and Donald Trump is known for aggressive teasing styles. Their use of humor is what makes them each more likable to their respective audiences.

Why aren’t other instruments of Language as Good as Humor?

There are a lot of linguistic instruments out there that aren’t nearly as palatable as a comedy. When people take on the challenge of connecting with others.

While all of these examples can be effective, they have their limits. Irony falls short because irony does not translate the same way to different versions of English. This is why British comedy series are usually redone for American audiences. (While we’re on the subject of irony, isn’t it ironic in a post about humor I couldn’t think of a single funny thing to say, embarrassing.)

Metaphor is good to help illustrate an idea; however, you can hardly strengthen an argument with metaphor; only help bring details to life. Like this Jordan Peterson Word Generator.

While sarcasm is not the greatest example of wittiness, it is often used to hide one’s contempt for another individual. Even when its Niles Crain and their contempt is blaintly obvious.

Statistics are supposed to present the facts and data. However, numbers do a poor job presenting the full picture. Numbers without context are often used to support an agenda. This is done with the famous black-on-black crime stats that illustrate an inherently RACIST NARRATIVE. Black people committing crimes against other black people is not a consequence of their race but a consequence of being HUMAN.

Poetry can be amazing at illustrating the complex emotional working of individuals. Poetry, however, simply cannot solve all our complex issues between several Nuclear Powers…

Humor can get you the girl, drag you on the internet, keep you informed on why America exports its plastic waste to other countries, get you a job, help you process dark emotions, and a million other things. This post is just a big love letter to comedy because she really said:

So don’t forget to laugh at the fact that this post was supposed to come out on April Fools, and I played myself, lol.