Do you believe in god? Is a question that defines a person’s character in a way almost completely lateral to liking pineapple on pizza. While it’s no one’s business what you believe and what you practice. What you believe strongly influences your quality of life and how you behave, then, in turn, that behavior will affect the people around you. While Americans are okay with believing all sorts of things that are not based in reality or even evidenced-based reasoning. I started to look at my belief in God and wonder, Am I too hurting people by believing in something I ultimately have no proof for simply because it offers me comfort?

The Bois Have Entered the Chat

Before we continue, let’s get familiar with three rationalizations for the existence and or belief in god. 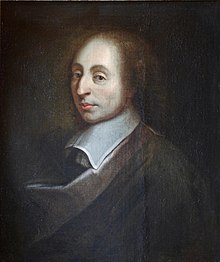 The first gentleman is Blaise Pascal. Pascal was a 16th-century polymath, and after he passed away, his unpublished notes were published in a book titled Pensées, which translates in English as simply thoughts. Pascal’s wager, in short, was: Maybe god isnt real but betting on the existence of a god is always the better deal because living in an eternal hell would fucking suck. It doesn’t matter to god if you only believe in him to save your own ass. God just wants your praise. This is the first time that someone basically said if the probability of god is small, but the value of what you’d be rewarded with is so large that it makes betting on god rational. 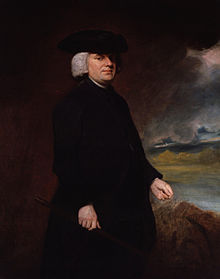 Next, William Paley gives the analogy of the watchmaker in his book Natural Theology or Evidence of the Existence and Attributes of the Deity Collected from the Appearances of Nature. I’m not even kidding. That’s the entire title. It goes like this …POV: You see a pocket watch lying around. Did nature make it, or was it a watchmaker? (wink wink) I noticed this justification for god going around on TikTok recently. This observation asks you to consider how cyclical all the processes on the earth are without any need for intervention or help from humans (thank god). Water evaporates in the clouds till they fill with water and rain into streams filtered by mountains in freshwater springs and so on. This analogy is also referred to as Intelligent design. Could all of that impressive shit, all these systems be an accident? 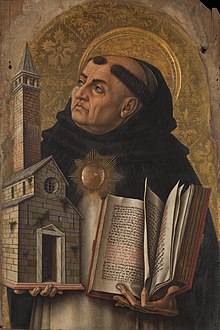 The last to enter the ring is Thomas Aquinas, who wrote the famous five proofs for god in his Summa Theologiae.

The first goes like this, We live in a moving universe, and things that are moving move things; there cannot be infinite regress therefore, something had to start the first motion.

That thing is god. The next three arguments follow that same sort of trek. The fifth one, however, points to the idea that how is it that everything in nature has a goal and understands it so perfectly ( Except the person writing this, apparently). Plants, bugs, dogs, gas molecules, everything in the universe seeks homeostasis. Those seeking instincts are gods. They could not seek these things unless something designed them to do so. This is called the Teleological Argument.

Why bring these men up? Because these are all really good arguments to support the existence of God, they aren’t perfect, and they do not make god a fact.

The Point of Religion According to Science

Nobody can say for sure that God exists, so how is religion still so powerful?

Over the course of humanity, spirituality has always been a part of the human desire to understand why things happen. Originally this archaic form of spirituality is referred to as the cult of mother earth people worship a personified version of nature, creation, and fertility itself. Then, as humans master agriculture and there are surpluses of food available. This results in population growth beyond the small groups of our hunter and gather ancestors. This is the first time someone can be socially anonymous. That means someone can potentially stir up a lot of shit, and if no one sees, and even if they do, they may not know who they are in order to be punished.

The institution of religion swoops in to speak to the masses and say that God is always watching. Your sins in this life will be punished in the afterlife and this one for any transgressions. The 2011 research by Azim Shariff explores how a mean god creates good people. It uncovers that whether or not people believe in a punitive god can predict their likelihood to cheat.

Then as humans start to trade with other less familiar groups in places far from home, religion is a good indicator of the values of an individual. ” I can trust this guy he believes God will punish him if he rips me off for no good reason.”

What’s true in this world and what the reality is can be very different. For instance, we live in a racialized society. That’s the reality, but the truth is all our differences are skin deep. I always rationalized my belief in God as a way of coping with the unknowns in this world. It is how I cope with tragedy, the force that reminds me to have gratitude. Something I can surrender to and release my burdens to the divine. God in my world is a reality, and I always reasoned that if God actually existed is irrelevant because my reality was a lot better than the version where I believed in nothing.

But the trouble arises when I’m confronted with seemingly benevolent practices in spiritual circles online that are just shady or, for lack of a better word, irresponsible. The way that people are preyed on by all these manifestation gurus and, yes, even tarot card readers, who are doing exploitative things to people truly searching for help. The way that big tarot readers and tarot card makers are preyed on online by impersonators who prey on the followings of the tarot card readers. Fearmongering is the most irresponsible thing that I’ve seen, Online prophets and their endless warnings. It’s flat-out DANGEROUS for someone to get on their platform of thousands of followers and say something that further spreads the angst over the vaccine.

The easiest way to see what is legit in this world is to ask yourself a single question. Is an American billionaire trying to hoard it for themselves? Has a white American billionaire denied the shipment of vaccines to a country of brown people being absolutely berated by the virus because more Americans needed to be vaccinated before giving resources away? Because the reality is in our racialized society, brown people are not deserving of resources until white people have them first.

Believing in God was becoming inconvenient to believe in privately. Because I felt epistemically responsible for what I was seeing.

My private world was yet again being shaken up by this stupid pandemic. This time my faith was shaken.

I was deeply invested in believing in God for the sake of my own selfish reward because I’m more of a pascals wager kind of girl. The reality was that I was a better person when I brainwashed myself into behaving because karma was going come wag its finger in my face and make life awful. But the absolute divorce between science and my sage was scary.

The reason I felt conflicted about this is that, although I’m vaccinated and still identify as a deist. Is because people could potentially get sick by following the teachings of people who weren’t thinking of long-term repercussions for the seeds of distrust they plant in people about this vaccine. Was I contributing to that by following, liking, sharing online spiritual platforms as people entered into the maddening fringe world of CBD oil can reduce signs of Demetria in dogs? CBD oil cannot do that just to be clear.

As someone who believes God is a punitive force via karma. I definitely was not sitting well with this guilt that I was complicit in harming people, whether they believed in the virus or the vaccine.

Everything is constantly at odds.

My complete lack of motor skills V. my own feet when I have to walk more than a few yards.

I was disappointed that there wasn’t room for nuance in a community that was born from a gray area. That spiritual platforms were very boldly against the vaccine or said nothing for fear of losing followers. Neither of these approaches allows the space for nuance. Is not about half-ass compromises where both parties are dissatisfied and ultimately, no progress is made. But simply coexisting with the fact that sometimes you need both science and god. To bring balance to a very challenging situation. It may sound a little utopian. But it is so possible to have both when individuals continue to engage in dialogue beyond their own echo chambers. Please get vaccinated!