When Galileo peers through his telescope for the first time, we can imagine that he may have thought that everything that could be discovered with our eyes had been observed. Then, comes the Clarinet Player William Herschel, who creates an experiment that proves the existence of infrared light. The light that cannot be seen by human eyes. It makes you wonder how much we’re still not seeing. In English, there are marginal challenges to communicating, which hinder people academically, socially, and overall ability to be heard. This is an effort to shed light on the real consequences that people face when our institutions and society minimize lingual diversity as inferiority.

Ebonics or African American English Vernacular(AAVE) is slowly becoming more largely recognized as a separate language from standard American English. When African Americans enter the school system and the workforce, their speech is quickly corrected. They are told that’s how you can speak on the street; it’s informal, uneducated. So often unaided by any external agency but themselves, black people learn to codeswitch to survive and navigate spaces where they would be deemed inferior if they didn’t speak at the standard. Former presidents like George W Bush would codeswitch when campaigning in his home state of texas, his Texan twain returns to his voice, and when he addresses the country as a whole, he returns to a more formal accent. However, there are black people who don’t learn to code-switch and are less successful at masking their native tongue. The effect of not learning to code switch on the fly; snowballs into black people not being able to advance academically; their access to better jobs and careers then affects their overall quality of life. Which is then inherited by their children, and the cycle perpetuates itself.

Starting in middle school I was repeatedly warned by teachers that my peers and I had a responsibility to strive for academic success. As I entered high school the conversation continued but this time charts and diagrams were frequently included. These graphics usually depicted a gap between black and brown students and our white counterparts. It was repeatedly presented that the demographic I belonged to was underperforming which quietly translated to the fact that as a group we were less intelligent. Not just a stereotype but a fact supported by scores and numbers. A research study performed by Claude Steele Ph.D., Steven Spencer, Ph.D., and Joshua Aronson, Ph.D. show how passing reminders of academic inferiority sabotage testing performance of equally cable students across all demographics. I’m going to be smug for a little who would’ve thought? Those teachers telling students they were probably going to underperform would affect their performance. They even found that just by checking the bubble that says their ethnicity worsens scores as well. Here’s a link to the findings from that study. apa.org/research/action/stereotype

Factoring in the variable of speaking ebonics and being actively reminded that you’re less than by the very people who have the best intentions. Students will not perform well on these tests despite being anything but caple. Students with the thicker accents in ebonics, won’t learn standardized English by failing it in high school. Learning a language requires failing it. Small children swallow new languages very quickly because they don’t have expectations to meet or the shame of failing. My younger cousin frequently said “I can’t want it Didi”  as a toddler and eventually he learned that the correct way to say it is “I don’t want it”. These mistakes are forgiven and are ironed out with practice(repetitive failure). Now how can you expect black children to identify differences in ebonics vs. standard English that they aren’t likely to notice unless directly called out like with my younger cousin? Let me demonstrate in Spanish V and B make the same sound think about the word “bueno” and “vestido” the first letter is different but not phonetically different in Spanish. Spanish natives will probably miss this distinction when they start speaking English and to English ears say something like “Bictor” over “Victor”.

As stated by John von Neumann, absolute genius writing hits back to back like the Drake of science says “You don’t understand math, you get used to it”. This is the nature of language as well so it’s unnecessary to belittle a Black student or coworker because they literally don’t hear the difference in “Ax”‘ vs. “Ask” or “wif’ vs. “with”. It’s not inferiority it’s ebonics. In fact, ebonics is beautiful. Ebonics is full of profoundness. Ebonics links African Americans to their motherland and will not be erased. 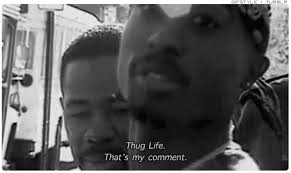 Leading the conversation online today about autism is believe or not a rising number of women. Most women discover they’re autistic later in life. The gender distribution in girls vs. boys is skewed toward males because Autism Spectrum Disorder Diagnostic tests are designed to test males. Women are great at a term called masking, which means they learn to hide their symptoms. Not only that young girls are more frequently corrected by mothers about manners and social expectations because they aren’t shielded by things like “boys will be boys”. Even some stereotypical feminine traits are overlooked by professionals, which could be a clue to helping these girls who fall through the cracks.

Autism however exists on a spectrum and people are typically cordoned off into groups those who are the stereotyped version of autism and those how to have no intellectual disabilities. This means that everyone on the spectrum which means that women can lead successful lives without being confronted by an autism diagnosis. Women with autism are also frequently misdiagnosed with other things like Borderline Personality Disorder. For girls with untreated autism, it can manifest as extreme anxiety, depression, self-harm, and in extreme cases multiple suicide attempts.

When girls aren’t getting the proper diagnosis this causes the manifestation of comorbidities which then further hinders girls from reaching their true potentials. These girls don’t understand why they’re different and go on feeling ostracized from their peers even when they seemingly have no trouble making friends. They may not feel that if they were there the truest self they would deem as weird and rejected.

Autism in women is an infrared language barrier because it’s being overlooked because girls communicate to hide their symptoms. Autistic girls can be masters of charm and wit simply by mimicking their peers. This is bad because it takes a lot of energy to mask in social settings as girls don’t realize they’ve been doing it for some time. So, when these cries for help bubble up as academic burnout, anorexia, social anxiety, and more in girls they don’t have the language to communicate their autism. Because their entire understanding of language is to hide it.

We can only aid these groups who aren’t being heard by becoming familiar with them, and then understanding will follow.  My biggest fear is that we continue to lose so many great minds in the 2020s because of prejudice or stigmas. Refusal to invest in these groups or asking critical questions about another is harmful to our society. We miss out on getting the greatest returns because we are not bold enough to believe in someone no matter their background. With growing numbers of children who don’t have access to quality healthcare and education. Our opportunities for advancement as a species narrows.

Julio C. Tello is the father of Peruvian archaeology without his family helping pay for his education and being taken under the wing of a friend’s father almost everything known about the ancient indigenous society of the could’ve been missed.

Marrie Currie the only person win a noble prize in two different sciences would not have without the educational investment of Poland’s Flying university and underground effort to educate Poland’s youth during a time of political instability.

American Sociologist W.E.B. Dubois revolutionized sociology with his race conflict theory which would never have happened without his church donations to get him in college at fisk university which then leads him to Havard University where he was the first African American to receive a Ph.D. from the institution.

These harmful stereotypes are affecting people’s lives in ways that unless they stop for a moment wouldn’t even notice. Closed mouths do not get fed, it’s important to advocate for groups who are speaking up but are being silenced. We have to rethink how we invest in our younger generations’ education. This means reading to them, encouraging them to ask questions and speak for themselves without the fear of being dismissed. I have no tolerance for folks to belittle others because they don’t understand their experience or because that person is having trouble connecting with their speech. Be quiet, listen to others and that’s the first way to make all the difference in a single life and the lives of us all. We all have our part and voice in this human theater. Everyone deserves a piece of the pie so speak up and make yourself heard.