Hey readers! I have to come clean about something. I am a sore loser, I always have been, and my default defense mechanism is to disengage. I don’t know how to play any card games, board games, video games, sports, Wii Sports. You get it. I hate losing so much I never played any games because the risk of losing was so humiliating to me. I like to win, and if I cannot win or guarantee a win, I just don’t play. This behavior has trickled into other areas of my life. No nine year old was better at brooding than me. But ultimately, I have learned as I get older that this is self-sabotage and an all-out shitty way to be living. It’s self-sabotage because you cannot learn anything if you don’t get hit in the nose once or twice. You have to be challenged, and that’s whats games, conflict, and losing are best at teaching, better than winning. So can somebody please teach me to play Uno? It sounds fun.

Jokes aside, this isn’t about winning or losing, at least not directly. This is about conflict. There are big payouts to engaging with conflict and sticking around for that sweet conflict resolution. I know what you’re thinking. “I’m tired of conflict.” We all see conflicts twenty-four hours a day, and it’s exhausting. It’s in our homes, our screens, our world, and even our bodies. But these battles, so to speak, aren’t going to get better if we are apathetic or ignorant. This isn’t about saying, “you aren’t trying hard enough.” This is simply a guide to introduce a different perspective on dealing with these conflicts that are everywhere. 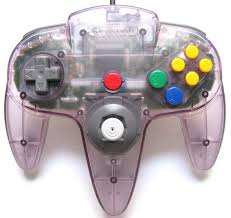 Going forward, anytime I reference player one, I’m talking about you, and player two is your opponent.

As always, sift through the bull. Not all conflicts should be engaged in.

Unnecessary conflict usually starts out as a bid for chaos, sometimes called a bid for war. A bid for chaos is an attempt from Player two to elevate player one’s irritation, and so that player one initiates conflict and player two gets what they want, which is chaos. Bids for chaos come in so many fashions, to name a few:

The easiest way to deal with bids for chaos is not to engage especially if the problem is a task conflict, people arguing the best way to do something. But if this is a relationship conflict, it really depends on if you value that relationship. The ex viewing your story, don’t engage. The petty coworker with a backhanded compliment DO NOT engage. But, if this is someone like your wife or your husband, and you aren’t talking about your problems, making little remarks, only the two of you understand to irritate the other. Escalation is the only way out.

Sweeping it under the rug is going to solve not arguing. But not arguing doesn’t mean there’s not a problem. You have to argue to understand each other. Don’t confuse task conflict and relationship conflict within your relationship. You and your partner disagree on the frequency the carpet should be vacuumed does not mean that you two are bad matches for one another. Its just means that you disagree on the best way to do things. When partners don’t communicate any kind of conflict with each other, it makes task conflict, and relationship conflict bleeds into each other until the couple is forced apart. This can apply to any relationship dynamic, not just romantic.

Damn, so sometimes we do face conflict. Let’s solve it with game theory to see why it’s not wise to approach issues being totally rational. Game theory is a mathematical theory for rational decision-making. Game theory has been appearing in pop culture a lot. But it usually looks like repetitious tit for tat behavior where both opponents anticipate the move the other simultaneously. Basically, that is game theory. It’s a little more complicated than that for any wise guys in my audience, but lol that’s the gist.

The TV show Billions would be an imperfect information game or a game like Poker. No one knows for certain what their opponent has up their sleeve. The best way to finesse the game is to bluff. But bluff with insurance. Por Ejemplo, remember in history class when they were yammering on about the Cuban missile crisis. America was in the cold war with Russia. Russia deployed missiles to Cuba after the USA deployed missiles to Italy and Turkey.  Secretary of State Dean Rusk says, “we’re eyeball to eyeball, and I think the other fellow just blinked.” This wasn’t good because the USA was on a hair-trigger for 13 days, like are we really about to start a nuclear war? The USA and the Soviet Union found themselves in the prisoner’s dilemma. The Prisoner’s dilemma means that to assume player two won’t escalate is your demise. It’s kind of like everybody dies if we don’t de-escalate. De-escalating is exactly how they solved it. Russia and the USA agreed to dismantle and remove their missiles.

If you are playing an imperfect Information game, you are playing for leverage through means of deception and insurance in hopes that player two cooperates. In day to day life, this can get really messy very fast. For short-term negotiating, it’s better, but in the long run, it’s dangerous.

Board Games like Chess, Checkers, Go, and Tic Tac Toe are perfect information games because everyone understands what is happening on the board. You win with accuracy and skill; there’s no bluff, just strategy. A real-world example would be you and a neighbor feuding for street parking—first, your double park for awhile. Then your neighbor takes the spot immediately after street sweeping and coordinates with members of their household to hold the parking spot with another car. You then go to the city for a handicap spot on your street. You’ve won because you have a handicap placard in your car window. The only way your neighbor can enter the game again is if they produce a handicapped placard to start parking in the spot.

The Territory Where Game Theory Fails

Game Theory works in getting the highest favorable outcome for player one when player two cooperates. This is a dangerous game where someone may literally get hurt over a parking spot if that never happens. Conflict is a dance, not a conquest. Conflict initiates a dialogue between you and player two to find a better way to accomplish something in order to harmoniously coexist. Approaching all conflicts as zero-sum games focuses on being right and not resolving conflict. Conflict is a chance for collaborating. Opening up space, not to find a middle ground because often it doesn’t exist unless you minimize the feelings and desires of somebody else. But by creating something totally new. A new way to solve tasks without destroying relationships. Game theory removes the nuance in human experience. There is no simple solution. Having a winner take all approach to every conflict you face is a breeding ground for paranoid rulers. A perfect example is co-parents whose romantic relationship has gone away, but their child who needs both of them is still there. Co-parents have to create a new relationship with new codes to solve the task of raising a little one.  When you are faced with conflicts try not to be a competitor, try to be a co-parent.

What good co-parents are gonna do according to http://divorcemag

What about when there is no player two. It’s you versus yourself? How do you solve those problems?

There is but one way. You have to believe that incremental progress is still progress. Your healing is not a zero-sum game. Healing the conflicts in ourselves is ongoing because the only true completeness our lives will ever meet is death. Our catharsis relies on the steady alchemy of patience and effort at the delicate art of improving oneself. It’s never going to be over. So, in the beginning, I mentioned that I’m a sore loser. What I didn’t tell you is that I grew up socially stunted, to say the least. I had trouble making friends and didn’t understand different social cues that were natural for my peers. So being in a team was exhausting, and playing a game with other kids could really wipe me out. But I’m learning to close the gap.

I’m honest with myself when I simply don’t enjoy someone’s company.

I’m honest with others when I need a break from a social setting.

I forgive myself when I’m not perfect.

and I play Roblox when my little cousin facetimes me.

None of this is easy, and I don’t always try. Other days I may just watch, that’s important too. My goal is simply to move the dial forward towards who I want to be. Another thing is I only start to feel better when I move. “Mind over matter” isn’t my mantra instead it’s “Mood follows Motion”. I know all the things in the world to solve an inner conflict. Knowing something and acting on that something doesn’t always happen. Hello cognitative dissonance.

The world hoomans are creating is extremely polarized. Our hyperconnectedness only further bloats people’s sense of tribalism. The planet is facing huge problems that need new solutions. Conflict is a dialogue and less about the good guys or the bad guys. Be brave enough to talk over task conflicts without destroying relationships. Disagreeing with someone shouldn’t stop progress. Be brave enough to continue working on problems you see even when others don’t understand them or flat out refuse to admit they exist. When they start to come around, foster forgiveness. You dont have to invite them into your life. Forgiving people just makes it easier to move on so that you can put more energy into the things that add substance to your life. Conflict is an inevitable part of life. There is so much strength in the person who tames the beast vs. the one who conquers it.

2 thoughts on “The Problem with Conflict”