Every computer ever designed was made to fulfill tasks through varying hardware. People are a lot like computers in that way. You can’t control what hardware you have, the biases written into your software, and the malware you gain by dealing with other entities or environments, like websites.

The most valuable information you can leverage to your own advantage is about you. The philosopher’s stone to the human condition lies in the knowledge of self. The three categories of self can be observed as the following.; there is hardware, software, and malware. These existing categories are all presented as biological and personality traits. Science uncovers more and more that there is very little action taken by humans controlled by free will. You cannot control anything about your life. You are the most passive force in your own story, more the observer than the protagonist. That’s what you are.

The thought of that fills me with untameable rage. But what about you?

For the sake of context, let’s get into the science of the machine/organism. That science to back it up lies in the Nature v. Nurture debate. This is a debate centuries-old that, has tried to definitively solve the question of human behavior. Are we born with a clean slate and our environment shapes us? Or are we born with genetics as the primary influences on personality?

Here is our special guest star Peter B Neubauer.

Born in Austria on July 5th, 1913 but made his name in America as a child psychiatrist and psychoanalyst. His legacy is smeared by a research study that had the sole intention of ending the Nature v. Nurture debate. His study involved at least a dozen pairs of adoptive Jewish twins which were then placed into separate households without the parents’ knowledge that their children had twins. The study lasted over two decades or so following the sets of twins into maturity. This study while likely groundbreaking is very ethically flawed. Three of the twins committed suicide. Implying that the personal sacrifice was too great for this study to ever be demonstrated without harming its test subjects, people from infancy to adolescence. What right did Peter B Neubauer have to play god?

The famous Triplets apart from the study in the documentary “Three Identical Strangers” they tell their story. 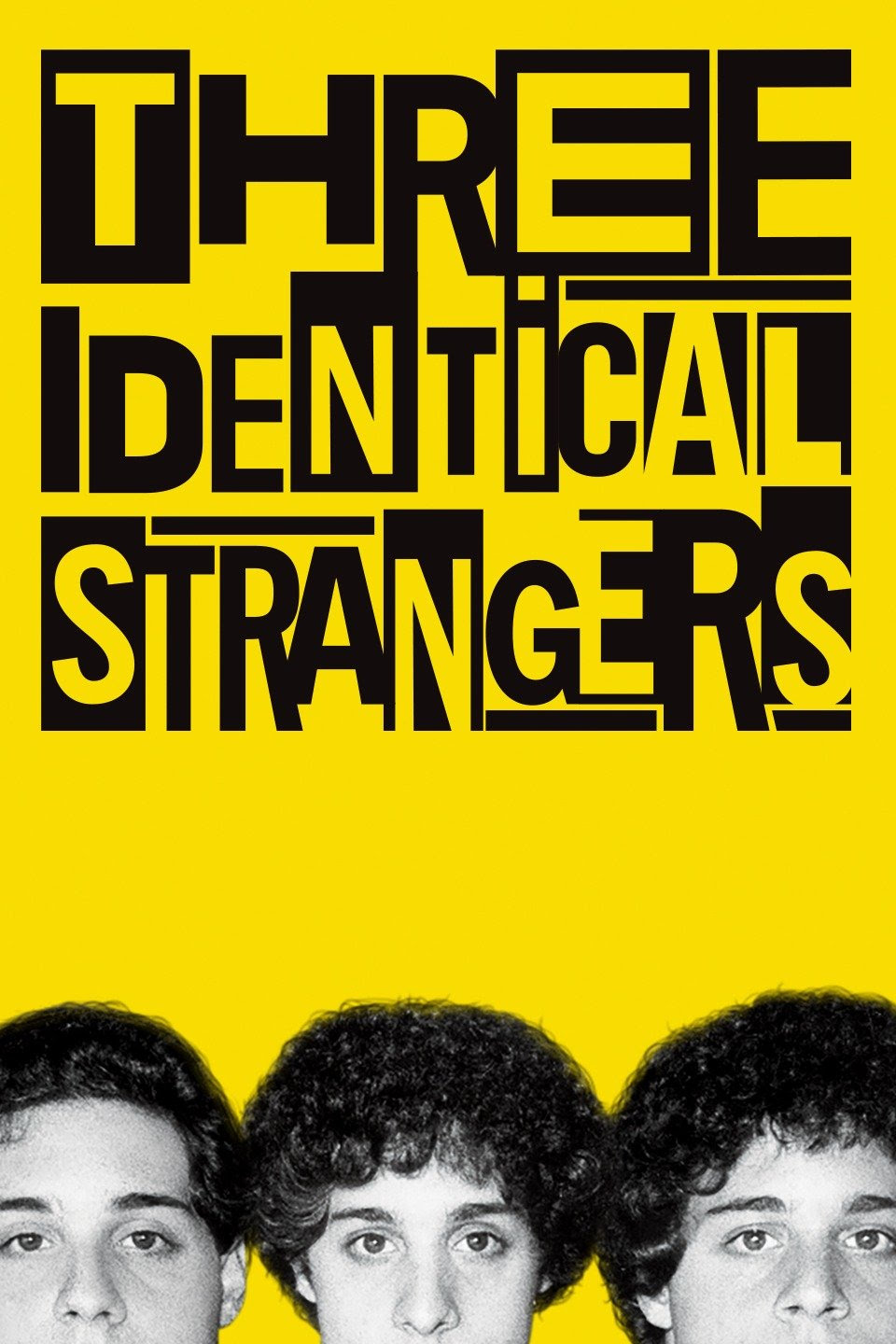 So what did the research uncover? Ultimately it confirms that Nature is the heavyweight force in the development of individuals, the nurture portion can make or break them as well. The research papers were never published because Neubauer was worried about “public opinion”. Not only that they are locked in Yale university library until October 25th, 2065. Why do those pages need to cool off for a hundred years before being released? We can only speculate. But, if we know that we don’t have much say in who we are then, we must know better than anyone else who we are, to begin with.

From the moment we enter the world we inherit myriads of biological info from our parents as well as the effects of their choices. Things like material wealth, living arrangements, community, and so forth. There are three components to building the human experience. You have hardware which are things about your nature that are unavoidable. Saying, for instance, being born left-handed and the amount of melanin in your skin or the doormat cancer cells living in your body. You have software which are things you’ve learned through the years that add to your functionality like learning to share, speaking multiple languages, arithmetic, and spirituality. For the final component, we have malware the self-destructive bits we gain through trauma and managing fear by our own devices. People need to aware of ways that can leverage and uninstall programming systems that are outdated or poorly constructed for the good of their best selves.

Hardware is all about the physical. How tall you are or aren’t. How you look, the shape of your nose, the width of your hips, and so forth. The body is the vehicle of your conscious mind, the garden of your soul. The truth is people will see you for your body first. A few moments go by and they decide what they need to know about you. People want to answer three questions about you every time they see you.

Can I trust you?

Can I mate with you?

Can you add value to my life?

Now a typical direction after those facts is to try to sway your audience to assimilate in ways that broaden the rate they will be socially accepted at a glance by society. Telling people the same tired bullshit that ” fake it til you make it”, “dress like this if you have a pear shape figure”, ” chew like you have a secret”. Because people survive through best when people like them and don’t make people want to hurt them. The problem with this is that people cannot fundamentally change. For example, My room can only stay clean if I’m not in it. I am a messy person, messy eater, my room is the epitome of organized chaos. I cannot change that I’m a messy person instead I maintain it. I improve on my messy habits with baskets to catch everything as my storm is moving through and the items don’t need attention after they’ve been tossed in them. I’d be miserable wasting time trying to change that I’m a messy person, instead, I play to that trait and manage tidier results. That said you cannot change who you are and I am NEVER going to encourage someone to go down a futile path.

Something more important than how people see you. Is how you see your body and how you treat your body. Hardware works from the inside out. My Hardware is designed so that I’m a messy person. I cannot change that so I create ways to make it easier on myself to keep a tidy environment.

Some other ways to ensure the upkeep of your hardware include

IT WILL CHANGE YOUR LIFE. I AM NOT EXAGGERATING.

Your body doesn’t like to be told anything it needs to do via autopilot. Being Self-Disciplined and Self-Motivated is the best way to get your body to behave in alignment with your vision of your life. Making maintenance a routine is eighty percent of the battle with that in mind you can conquer anything that you don’t necessarily think about.

Neuroplasticity is the ability of the brain to form and reorganize synaptic connections, especially in response to learning or experience or following injury.

Here it is without the jargon. When you need to learn something your brain creates more synaptic connections so that you can. Very simply put. Surprise it’s not simple even though it is. To go on for much of history we thought that your brain, and what it could accomplish was static. That intelligence was a resource made with a cap and relied largely on a genetic lottery. No, your brain can make more neurons, and synaptic connections as long as you require it to. Unfortunately, after college, most people don’t take on activities that force them to learn.

Another good software to use is Meditation and Storytelling.

People who meditate reap all sorts of benefits including reducing stress, increasing patience, increasing attention span, controlling anxiety, making you kinder the list goes on. no matter how you start or even the duration of the time that you meditate the difference in how you feel is nearly immediate.

Next, how do you tell your story? Are you a victim with no retribution? The way that we see ourselves and our history on the planet is a great indication of the future we can expect. Someone who knows they had a hard life, but see it as “well this is why I have to be better” is going to have a much easier time dealing with hardships ahead. There is a choice people face when they experience hardship. You may very well be the victim but if that’s all that you tell yourself…

When someone designs malware, it’s made to disrupt, destroy, and corrupt someone’s computer. The reason I chose addiction to compare to malware is that you aren’t born with it and because like malware it usually takes advantage of an existing vulnerability. Being addicted to anything is more than a painful experience. Your body begins to accept a substance that is killing you as if it is a part of its nature, therefore relying on the very thing that is killing you.

We are all vulnerable to addiction and some of us more than others. Our goal is prevention.

Do you hold grudges?

Does your family have a history of substance abuse?

Did you grow up in an unstable household?

Do you experience intense cravings for normal things?

Can the candy bar and the chapstick always tempt you in the front of the line at target?

Wow so with that six out of six score, I’m going to say that you do not want to play with substance abuse.

I don’t intend to make light of this. In order for addiction to work well, it has to take advantage of your nature. Any vulnerability will be taken advantage of, addiction is a lonely man’s war. To combat Malware you must know your own nature to a T. There is nothing worse than a devil that you don’t know. Addiction doesn’t have to be as obvious as heroine.

But maybe you always need a boyfriend or girlfriend.

Shopping all the time

beware of the things you’re attached to whether it be people, behaviors, or the things you put into your body. When you fail to practice moderation you learn the harsh lesson that stagnancy and death are in  essence the same thing

Science says you cannot change who you are. But you can improve. Although we don’t have any free will in the way that we think of the word. We have a better shot at living the lives we want by knowing who we are. One day nevermind how long ago each person had their first thought firing off the chain reaction that is the life-force of all they will ever be. An endless stream of thought, persuaded by actions persuaded by nothing. Nevertheless, pursue your best you because that’s all you can do.